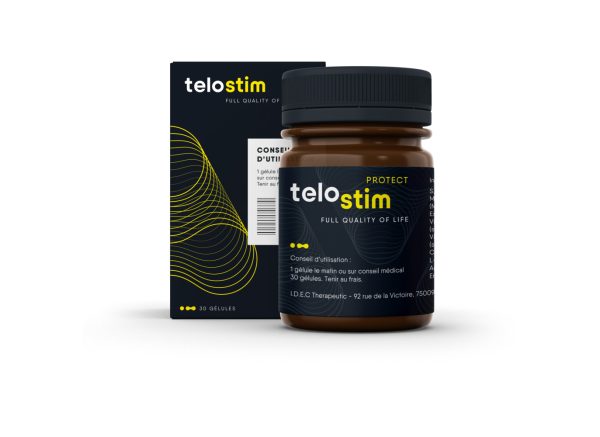 Fights against oxidative intrusions from pollution and reduces the carbonylation rate*

The 21st century is characterised by a disturbing increase in all forms of pollution, and which greatly disrupts our quality of life and longevity.
Admittedly, life expectancy is steadily increasing but it is hardly promising in terms of quality in the later stages in life.
Pollution is evident in several aspects:
Air quality, food, chemical products, psychological impacts, etc.
Here again, IDEC Therapeutic is committed to fighting against iatrogenic damage from pollutants to improve our lives on a daily basis.
Each of the elements in the TELOSTIM Protect Formula have been chosen to fight against the decline in immunity and oxidative toxicity caused by pollution.
Recommended on the run up to winter to reinforce our immune defences.

S-Adenosyl Methionine: a genuine stimulant for cellular regeneration (ref: article from Cahiers de biothérapie, Septembre 2017).
Reishi Powder (Ganoderma Lucidium): a Chinese pharmacopoeia mushroom that is an anti-inflammatory and antioxidant, it has always been used in traditional Chinese medicine for longevity.
Resveratrol: this agent is often cited by leading experts concerning longevity but is equally recognised for its adaptogenic profile by protecting us from iatrogenic outbreaks due to excess pollution.
Zinc Citrate: is involved in activating numerous enzymes that protect cells against oxidative attack.

A minimum three-month cure, (renewable) 1 to 2 capsules per day.